Seagull Salon was thrilled to be mentioned in the article Navigating the Intensely Gendered World of Hair Salons When You’re Queer.

As the longest running “unisex” salon in New York City, we are proud to be the torch-bearers of gender non-binary hair salons in NYC and the world.

RACKED wrote a great article featuring You & Sundry and their commitment to servicing queer, feminist and gender non-conforming folks. 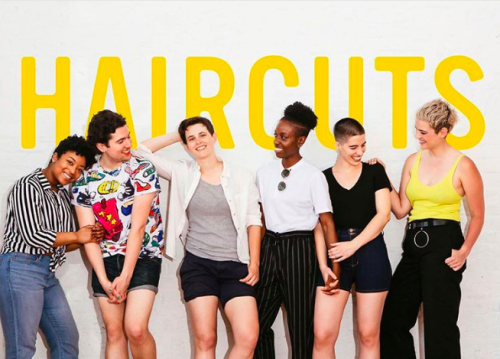 “Though many may not have considered the binary nature of hair salons, for a lot of queer and non-binary people, it’s another reminder that this society wasn’t built with us in mind.”

“While You + Sundry may not be the first salon with these goals or communities in mind — with New York City’s first unisex salon, Seagull, serving queer celebrities since 1971, and Philadelphia’s X salon implementing their own “Ten Commandments” to discourage discriminatory and prejudicial behavior — it’s certainly one of the few affordable ones.”

Founded in 1971, in the heyday of gay liberation, not a stone’s throw from the Christopher Street piers and the historic West Village Stonewall Inn, Seagull Salon was named for Jonathan Livingston Seagull, Richard Bach’s bestseller of the time. Seagull was the first unisex barber shop in New York City (if not the country), originally located in a small storefront shop on Christopher Street, just off Sheridan Square, in what was once the site of the Greenwich Village Theatre (1917-1930). The theatre was an avant-garde venue, presenting Martha Graham’s early work as well as the first above ground shows of “female impersonators.” It was also the birthplace of the legendary musical revue the Greenwich Village Follies. While Seagull soon moved, spending more than thirty years on West 10th Street, we have now returned home: our new sunlit second-floor loft space, with its West 4th Street entrance, is in the same magical building off Sheridan Square where we started!

Seagull’s owners are Manhattan stylist Shaun Cottle and Johanna Fateman, musician and art writer. The two took over and transformed the business in 2006. In 2015 they once again reimagined the salon, this time as an upstairs oasis, working closely with architect Ben Warwas. Seagull is graced with paintings, photographs, drawings and large-scale prints, including work by artists Kathe Burkhart, A.L. Steiner, Alice O’Malley, K8 Hardy, Nicole Eisenman, Nolan Hendrickson, Andrea Geyer, Juliet Jacobson, Colin Self, and Sam McKinniss. Under Johanna and Shaun’s direction, the salon caters to their New York community’s cultural tastes. Seagull clients are artists, writers, fashion editors, musicians, actors, and everything else.