On my last trip to Puerto Rico, I happened upon an odd little antique store. I’d seen it before, but it seemed way too expensive for me to bother with as it was in the highly populated tourist area of Old San Juan. Thankfully we were bored and wandered in. There was a lot of cool stuff but nothing we were very interested in hauling home until one of the owners led us to a few large portfolios full of prints and original works mostly of local artists both antique, vintage and modern. We were flipping through as the owner was giving us info on artists and pieces when this popped out at us: 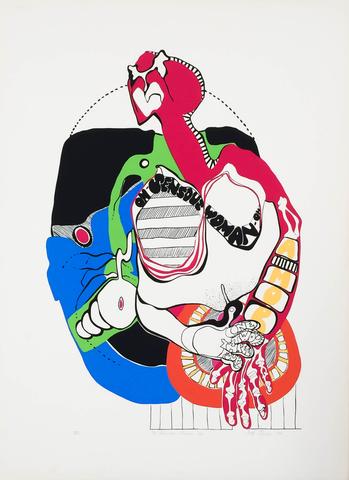 Of course, we wanted it really bad and it happened to be a lot less pricey than we thought it would be, so we snatched it up, had it framed and shipped back to New York City. Fascinated by the kind of American post pop-art that found its way into a kind of time capsule of an aesthetic that found it’s way into children’s cartoons and illustrations from the late 1960s through early 1970s, we wanted to learn more. Naturally, art whose focus is on the discussion of politics surrounding women’s bodies from the ’70s is a pretty perfect fit for Seagull… The bonus as you’ll see in the pictures below is that not only is her work directly aligned with Seagull’s sensibilities, but the color story was an EXACT match especially once we had them framed. Here’s the little bit that can be found on a Google search about Suzi Ferrer:

Suzi Ferrer was born in New York in 1940. She earned her BA in Fine Arts from Cornell University in 1975 and her MA in Psychology at the University of Puerto Rico. She has exhibited her works at West Broadway Gallery, New York; The House of Art (1966), Hummingbird Gallery (1973), and the Museum of Art in Ponce. She has participated in several collective exhibitions in places such as Puerto Rico, New York, Connecticut, and Copenhagen. Her work has been included in two Latin American Biennials of Engraving at San Juan, the XII Bienal de Sao Paulo and IX International Biennial of Menton, France (1972). She was included in the Portfolio of Puerto Rican Artists by the Hummingbird Gallery.

Other works can be seen in The Museum of Fine Arts, Boston. 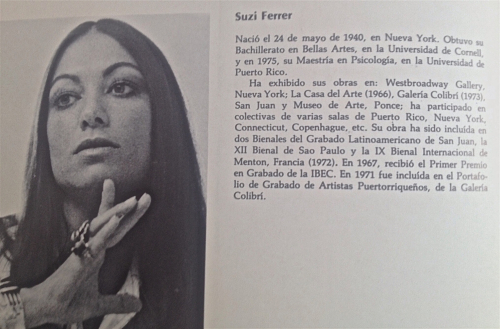 From a catalog for Museum of Contemporary Art of Puerto Rico

Here are some pictures of what the work looks like in what we call the “second salon”. Although now that we have a couple of Ferrer’s prints (they are both a limited run of 100) we are now referring to the second salon as The Womb Room. And in a serendipitous turn of astonishingness, all of the prints were made in 1971, the year both Seagull Hair Salon and Shaun SureThing were born. Who could ask for more? 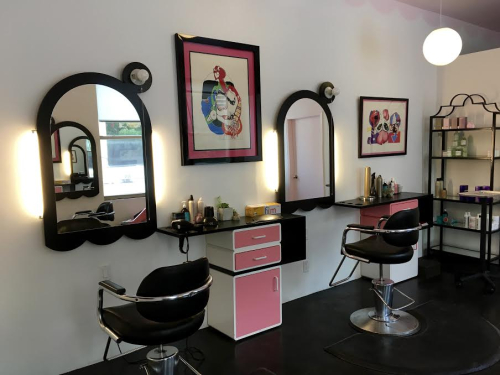 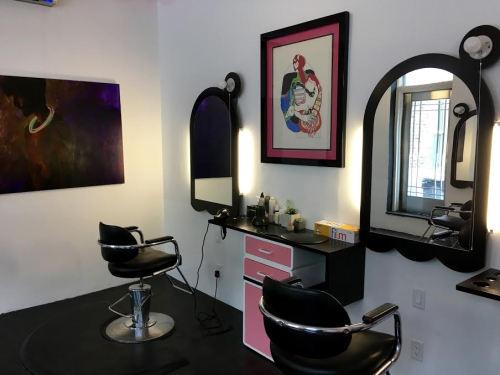 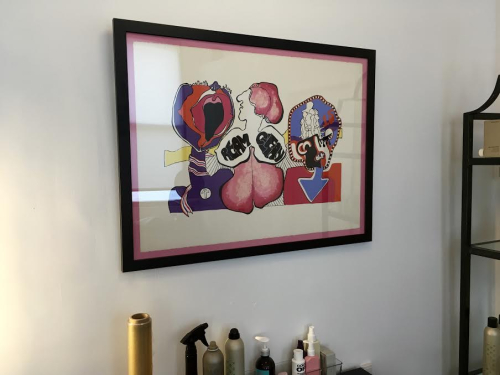